Not to be confused with a British company founded in 1904 and identified with road surfaces, rather like tannoy for loudspeakers, Tarmac Aerosave services and maintains and dismantles aircraft and claims to be the largest of its type in Europe.

Established in Tarbes (France) in 2007, Teruel (Spain) in 2013, and Toulouse-Francazal (France) in 2017, Tarmac specialises in aircraft storage backed up by a strong maintenance, repair and operations (MRO) and dismantling capability. The three sites can accommodate up to 250 aircraft.

Tarmac was storing 150 aircraft at the end of December 2019 and this is expected to reach from 230 to 240 aircraft in June.  Since its inception it has dealt with over 950 aircraft breaking up for parts around with 220 returned to flying.

During the pandemic crisis Tarmac completed its first B Check on an Airbus A380 for Hi Fly.  The work was undertaken by the maintenance unit with assistance from the dismantling team, around 15 technicians.  The maintenance of this ultra-large aircraft required tools specific to the A380. The most complex work was the replacement of the ram air turbine (RAT) and the rudder actuator. 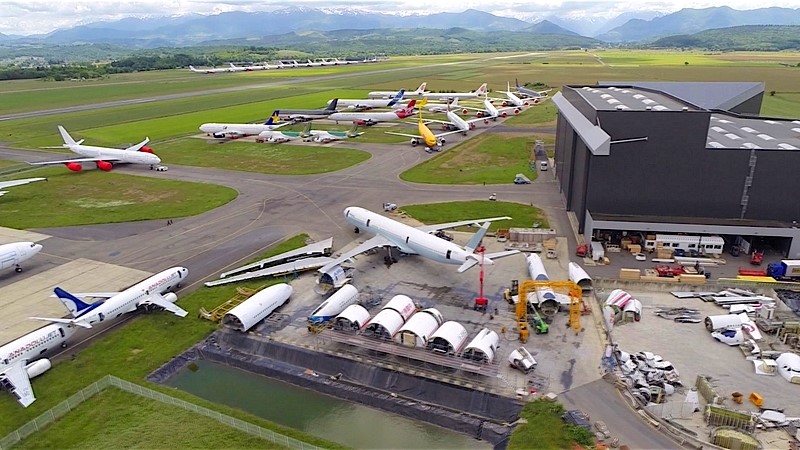