Whilst other airlines are either disposing of their A380s, or grounding for the time being, Emirates has announced that it will deploy its latest flagship aircraft featuring new Premium Economy seats and luxurious enhancements across all cabins to Heathrow.  The airline is currently situated in Heathrow T2.

First featured in BTN 14 December 2020 the Recardo seats offer a generous pitch of up to 40 inches.  It also incorporates new Economy Class seats, similar to those installed on its latest Boeing 777-300ER aircraft; enhancements to its popular A380 First and Business Class including its signature Shower Spa and Onboard Lounge, and refreshed colours and fittings across all cabins.

The airline has safely and gradually restored its network over the past months, bringing back signature experiences onboard and on the ground with comprehensive measures in place for the health and safety of its customers and employees.

Emirates currently serves Heathrow with five daily flights of which four are operated with an A380. The airline also operates 10 flights a week to Manchester, and daily flights to both Birmingham and Glasgow.

Emirates currently serves 99 cities across the world, offering travellers convenient access to Dubai and onwards to popular destinations in Africa, the Americas, Asia, Europe and the Middle East.

Citizens of the UAE arriving in Dubai from the UK no longer need to take a PCR test prior to departure – reducing the risk of not receiving their results ahead of their scheduled departure. Instead, they can simply take a free test on arrival at Dubai Airport and receive their results back within 24 hours – during which time they can quarantine in one of the city’s hotel rooms, whilst awaiting their results. Upon return to the UK as part of the UAE-UK travel corridor, passengers will also need to follow the current rules. 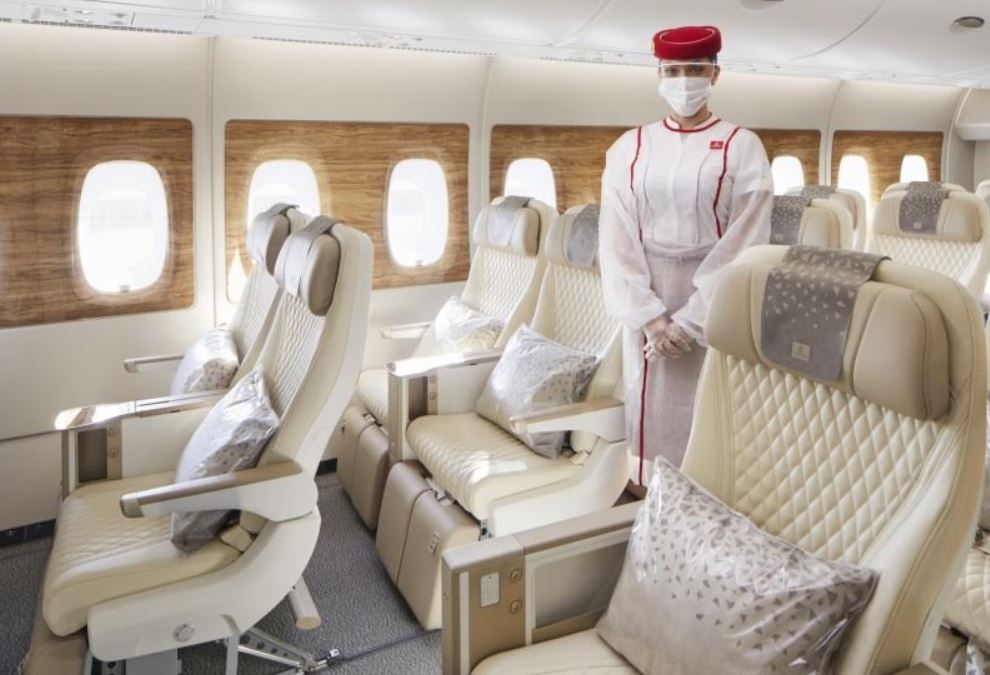