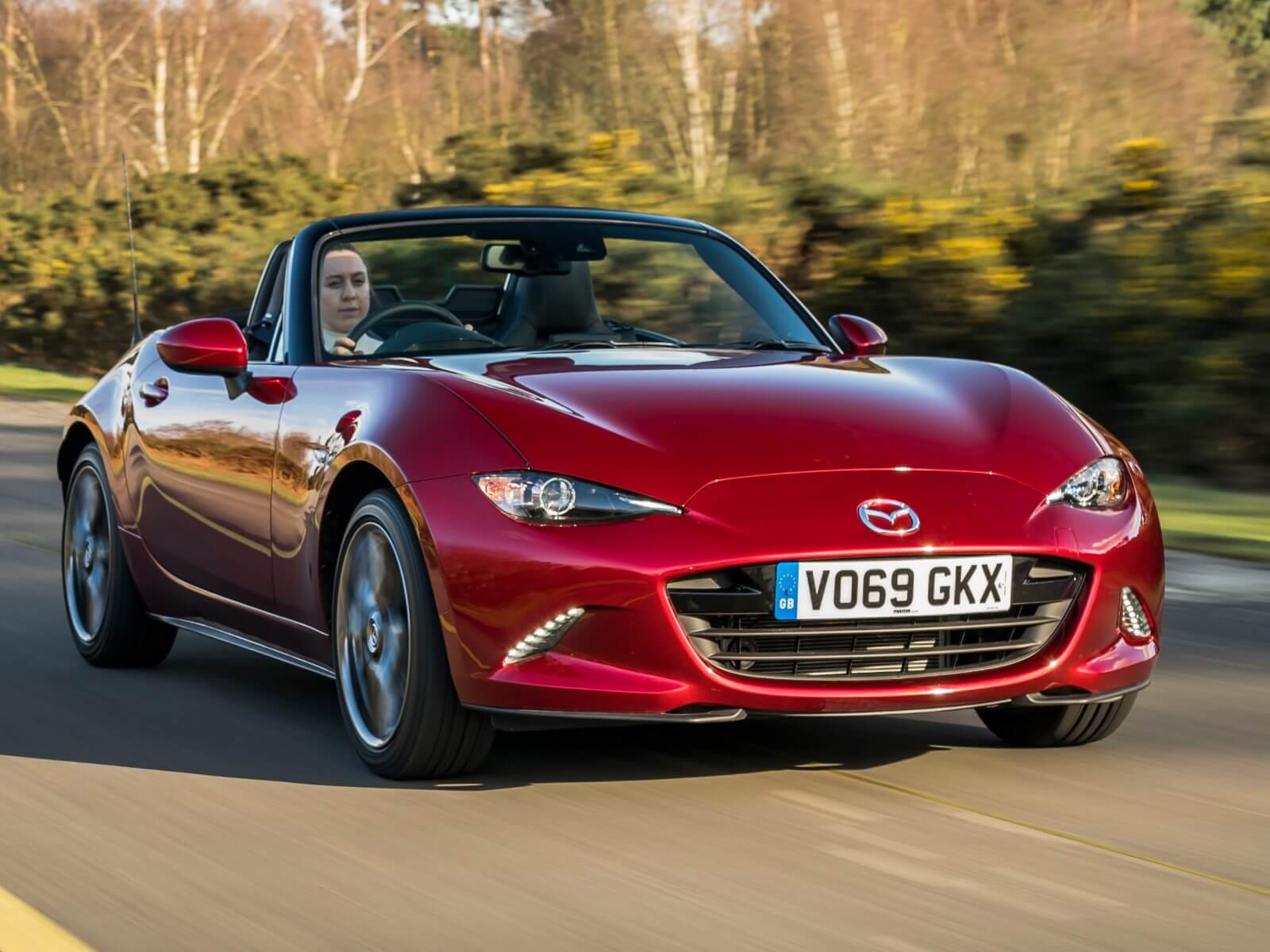 It was the British that invented the idea of a cheap, open two-seat sports car after WWII with the MG TF series and later Triumph Spitfire, Austin Healy Sprite and Lotus 7 (still around as a Caterham with much the same looks – but no longer cheap).  And a great many short life attempts including Clan (fixed roof), Ginetta and TVR. The Japanese tried to copy with the Honda S500 and disastrous Toyota Sports 800.

The Brits went slightly upmarket with the MGB, Triumph TR series and what was sensational at the time, the Lotus Elan several of which were purchased by Mazda during its secret MX-5 development stage.  Honda, best known at the time for motor cycles, had a clear vision of what the sportier motorist wanted, but with four wheels.

The little convertible emerged in 1989 just at the point of time the competition had more or less disappeared thinking the market had gone.

How wrong they were, with now well over one million MX-5 built at the Mazda Hiroshima plant.  It is by far and away the best-selling two-seat sports car in history.  It still meets the original concept, just two seats, front wheel drive, good handling and smart looking.  No other drophead can compete with the price either, starting out from £23k. 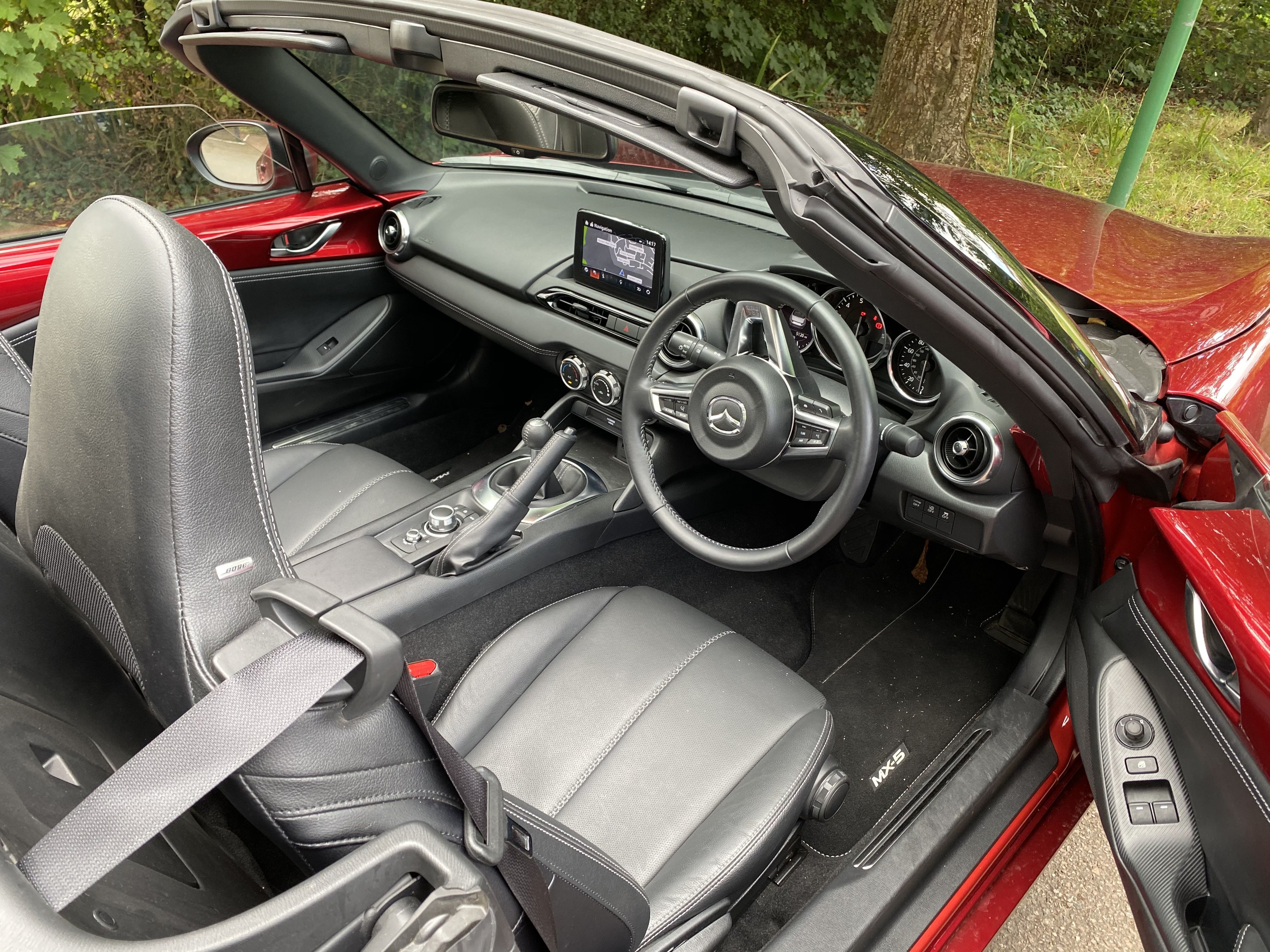 Now in series 4 form it has evolved as a very pretty curvaceous car, easy to get in and out of, with a simple one-handed manual roof.  It is quite practical as a day-to-day transport and grown up in terms of sophistication with a proper centrally located navigation and multi-media communication system, remote door look, plus a light in a boot made for soft bag storage.  You get cruise control with adjustable speed limiter and a fine Bose sound system that works well even with the roof down.

Rear safety bleepers are fitted, something the original designers would never have dreamt of. And a reversing camera on top models. What it does not have is electric folding exterior mirrors, essential in this day and age.

My other small gripe is the windows.  They go down when you unlock the roof but not when you raise it. If you have already got out make sure the ignition is on. Otherwise you will have to bend down to switch on to deal with the windows. Not that easy.

The seat can’t be raised and so your rather short scribe had to use a cushion.  No doubt if I were the real owner I would organise a proper remedy.

The Mazda MX-5's tapered headlights come with LEDs all-around. The front end really does look smart and is a huge improvement on earlier models.  Aesthetically the car is equal if not better in looks than any other sports car, most at a much higher price.

The ride is smooth and forgiving and makes one forget that you are sitting much closer to the road than with a normal saloon.  It is nicely balanced not quite an Elan as I recall, but nimble and neat, as a sports car should be.

The MX-5 has never been about 0-62mph times, majoring instead on a pure, lightweight driving experience made up of incredible handling and a short, snappy gear change with a lovely six-speed gearbox.  For 2021 you have a choice of 1.5 and 2.0-litre engines.  The 2.0-litre now has 184PS and was the one for the road test.  As a result of a recent power boost, it will now hit 62mph in 6.5sec – 0.8sec quicker than before. But it feels faster than that although saloons costing twice the amount can easily outperform from the traffic lights.

There is a hard top version available called the RF but it is not a proper convertible with a fixed rear canopy causing buffeting with the roof open in a high-speed cruise.  I would recommend the soft top, one of the best ever designed.

For the first time, start-stop technology has been fitted to the MX-5 to help it pass new WLTP fuel economy tests giving a figure of around 40mpg although robust driving might reduce it to 35mpg, still pretty impressive. 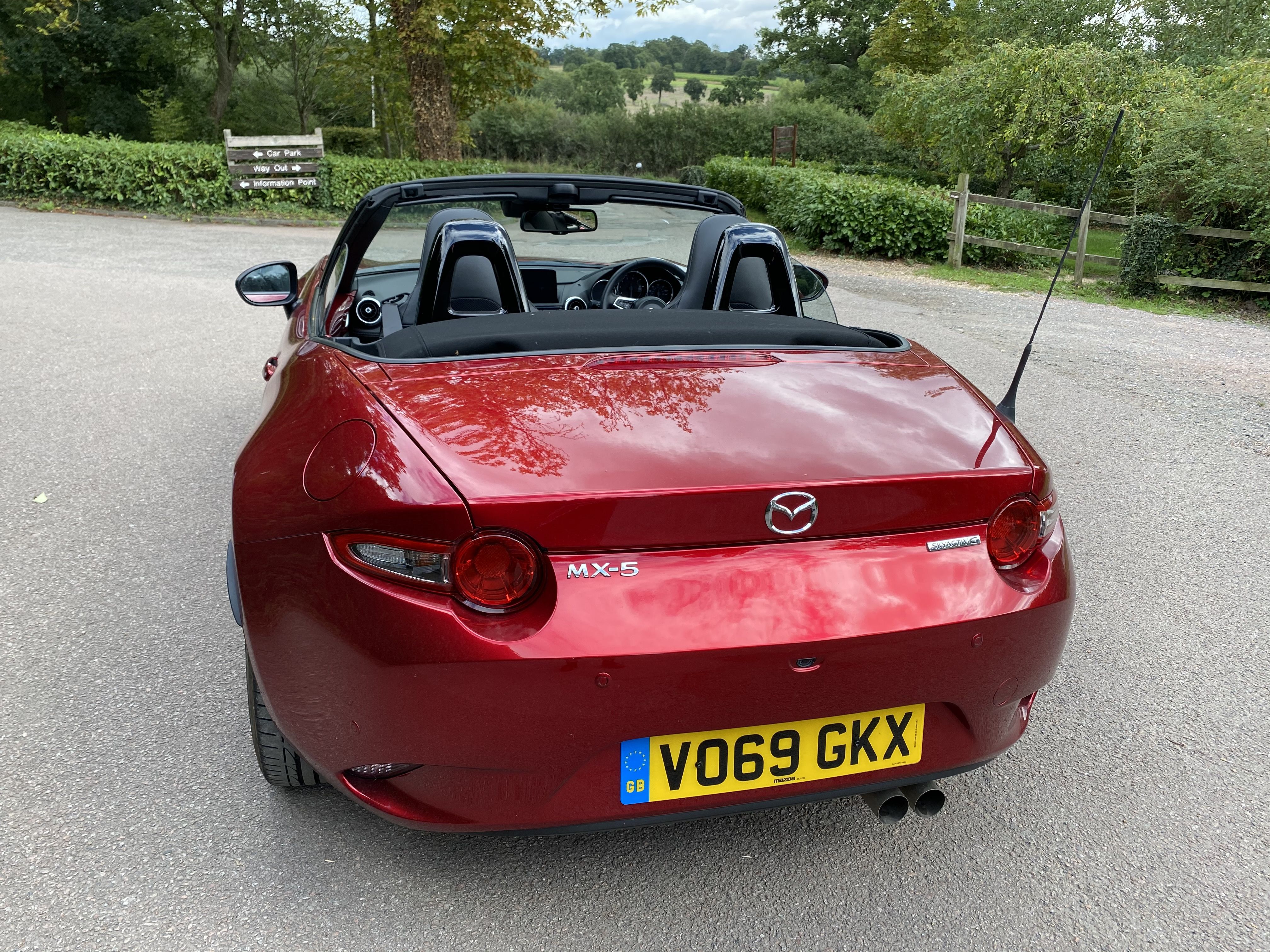 Practicality has always been the MX-5’s biggest downfall. Not that the boot is small – it can fit a couple of overnight bags, which is fine most of the time – it is the lack of storage space inside the cabin that is more of an issue. There are two cup holders but no glove box or door bins. There is some useful storage behind the seats. The latest version does have somewhere to place a mobile phone and very comfortable heated leather seats.

Let’s face it, a two-seater convertible is not for everyone, but it need not be a second car.  The original car was very good all those years ago.  If you are a sports car person, or wanting a reminder of what life was about in your youth this latest model is just that bit more perfect. There is nothing else that competes for the money.