Friday 18 December is a date to put in your diary if you are interested in air travel and security. 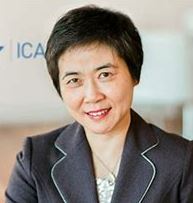 This is a rare and FREE opportunity to access first-hand detail on leading best practices and experiences around the critical core business value: "Security is everyone's responsibility".

Register for this event
https://events.icao.int/login?returnurl=/event-details/registration?campaignid=f47991a4-ce42-ea11-80ec-001dd8b71c70

Mr Sylvain LEFOYER (Moderator)
Deputy Director in charge of Aviation Security and Facilitation in the Air Transport Bureau of ICAO since 1 March 2017.

Mr Stephen CREAMER
Director of the Air Navigation Bureau at ICAO, taking responsibility for the role in April 2015.

Mr Henrik HOLOLEI
Economist by training and holds a Degree from TalTech (Tallinn Technical University). On October 2015 became Director-General for Mobility and Transport in the European Commission.

Dr Rannia LEONTARIDI, OBE, FRSA
Joined the United Kingdom's Department for Transport in 2020, to be the new Director for Aviation and the Director General Civil Aviation for the UK.

Mr Dwayne MACINTOSH
Served at all ranks of the fire service, rounding out last five years as the Fire Chief of Canada’s Busiest Airport. In 2019,  received Master’s in Business from Western University and subsequently accepted the position as the Director, Corporate Safety and Security at Toronto Pearson Airport.

Mr David PEKOSKE
Confirmed by the US Senate as the Transportation Security Administration’s (TSA) seventh administrator in August 2017.

Ms Anna SVEDBERG
Has been working with airport security at Swedavia airports since 2015.