An ‘All American Guy' who might have been a cowboy in an earlier era, Chuck Yeager has passed away aged 97.

His real claim to fame was being the first person to fly faster than sound although a World War II ‘ace’. 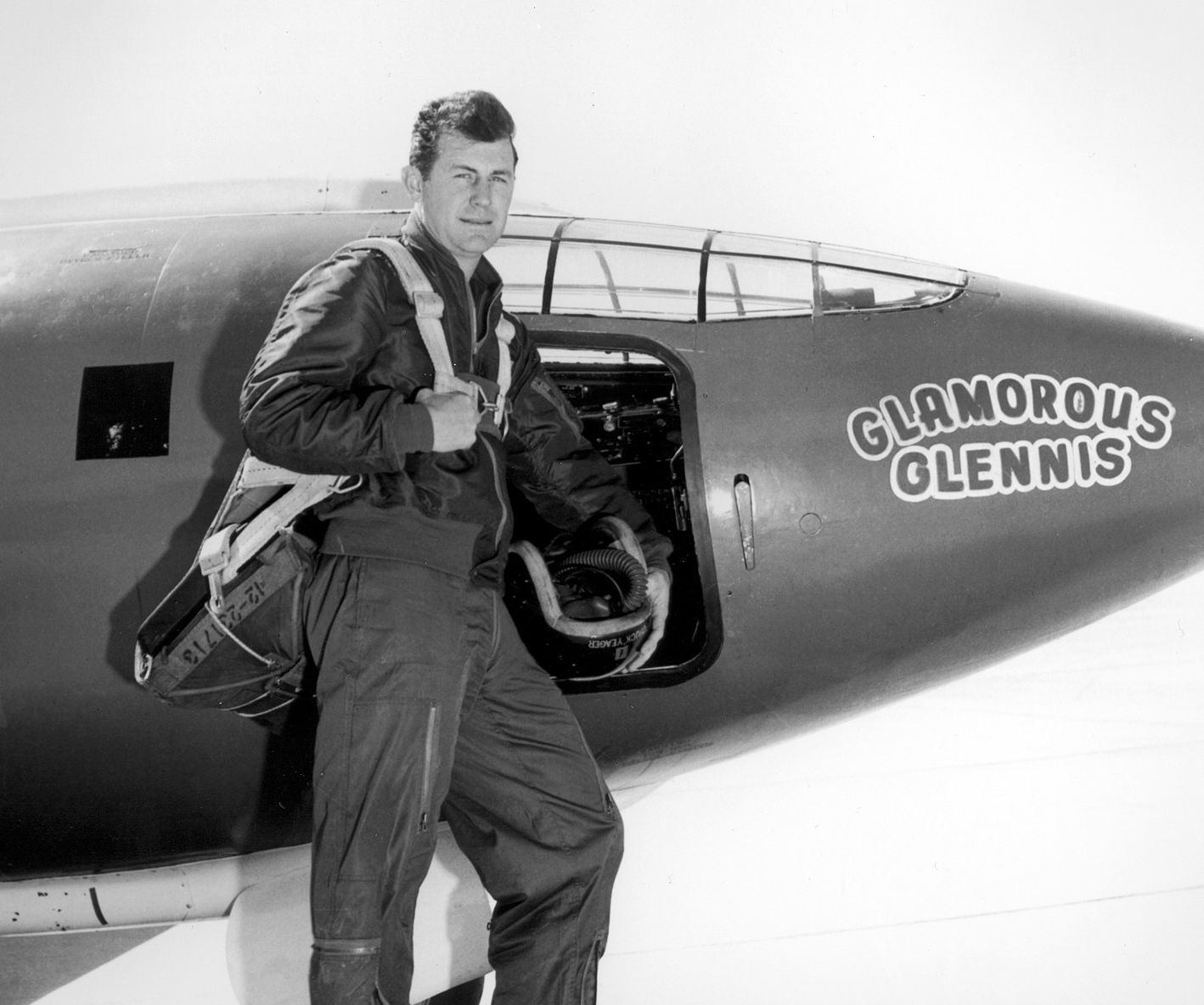 On 14 October 1947, Yeager's plane – nicknamed Glamorous Glennis, in honour of his first wife – was dropped from the bomb bay of a Bell 29 aircraft above the Mojave Desert in the south-western US.  What was not known at the time was that he had fallen off a horse two days previously and should have been grounded, attended to by a non-air force doctor.  But in spite of the pain he wanted to be first!

Yeager, who was just 24 at the time, broke the ‘sound barrier’ at an altitude of 45,000ft. It was a feat of considerable courage, as nobody was certain at the time whether an aircraft could survive the shockwaves of a sonic boom.  On 14 October 2012, on the 65th anniversary he did it again at the age of 89, flying as co-pilot in a McDonnell Douglas F-15 Eagle.

During the WWII Yeager was an ‘ace’ pilot with 11 kills and an escapee from occupied France after being shot down.

His success was later immortalised in the Tom Wolfe book The Right Stuff telling the story of Edwards Air Force base and its connection with Yeager and the Mercury Seven astronauts.  It became a 1983 film of the same name.