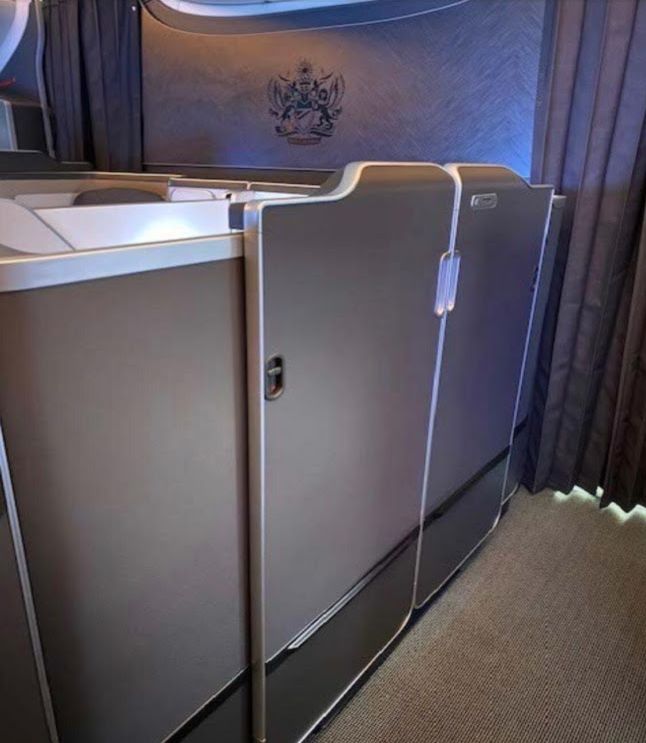 British Airways has taken delivery of a Boeing 777-300ER fitted with its latest First Class Suite, with three more being delivered this autumn.

These are not official images and our thanks go to @Planenews_777 via Head for Points.  The BA press office has not published any pictures to date but the width will be the same as in previous 777s with four units by the windows and three pairs across the centre making a total of 14.

With the BA policy of no cost cutting where possible it is unlikely that these will be fitted to the rest of the fleet.  BA is also limiting First to specific high yield routes such as New York and Hong Kong.

Behind the door it is still fundamentally the same First Class seat which has been used on other recent deliveries.

From 2022 18 Boeing 777X are due with a further 24 options.  With the long-term build cycle, decisions will need to be made fairly early next year on further enhancements to the product. 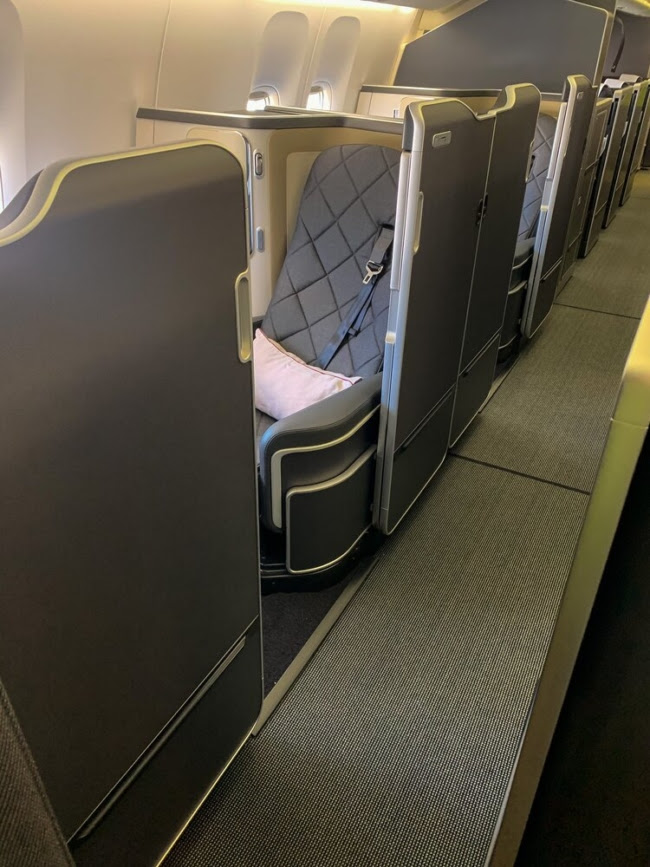