SpiceJet, the Indian low-cost airline has been awarded designated carrier status by the Indian government to serve the US and the UK, a first step towards launching to the two countries. 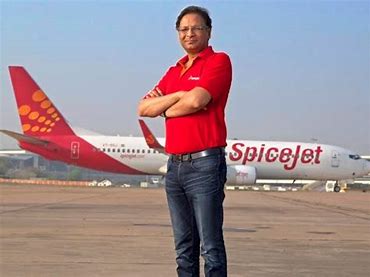 The introduction of flights would seem a long way off with the present pandemic but slots would be no problem and there is a glut of aircraft available the airline not having any longer-range planes in the fleet.  Foreign carrier approvals from regulatory bodies in the UK and US are not seen as a problem.

“This designation would help us plan for our international expansion in a much better and calibrated manner,” said Chairman and Managing Director Ajay Singh.

“I have always maintained that there is an opportunity in every adversity and the present crisis situation has seen SpiceJet rise to the occasion and play a pivotal role.”

The approvals come at a time when the Indian government continues to negotiate "air bubbles" with various countries to help rebuild connectivity that is being lost during the Covid-19 crisis. Last week, bubbles with the US, France and Germany were announced, although tight controls remain in place guarding who is permitted to depart and arrive in India.

Established in its present form in 2004 Spicejet is traded on the Mumbai Stock Exchange.  It has benefitted from the failure of both Kingfisher Airlines and Jet Airways.  Its 13 Boeing Max aircraft are grounded with a further nearly 200 on order.