Services to Birmingham, East Midlands, Edinburgh, Exeter, Leeds Bradford and Manchester, will begin on a phased basis in line with passenger demand. From 27 August, flights from Belfast City to Edinburgh will begin, while services to Exeter will commence on 28 August. Flights to Manchester and Birmingham will operate from 14 September and to East Midlands and Leeds Bradford from 1 October. Aer Lingus already operates three times daily Heathrow flights.

Brian Ambrose, Chief Executive at Belfast City Airport, said: “Despite an extremely challenging environment, we’re delighted that Aer Lingus is to establish a new base and significantly enhance its UK network from Belfast City.

“As an island off an island, air connectivity with the rest of UK is critical to the enabling the Northern Ireland economy’s recovery.

“This announcement is testament to the recent investments by our shareholder in making the airport and its facilities best in class, exceeding passengers’ expectations in a location only five minutes form the centre of Belfast.” 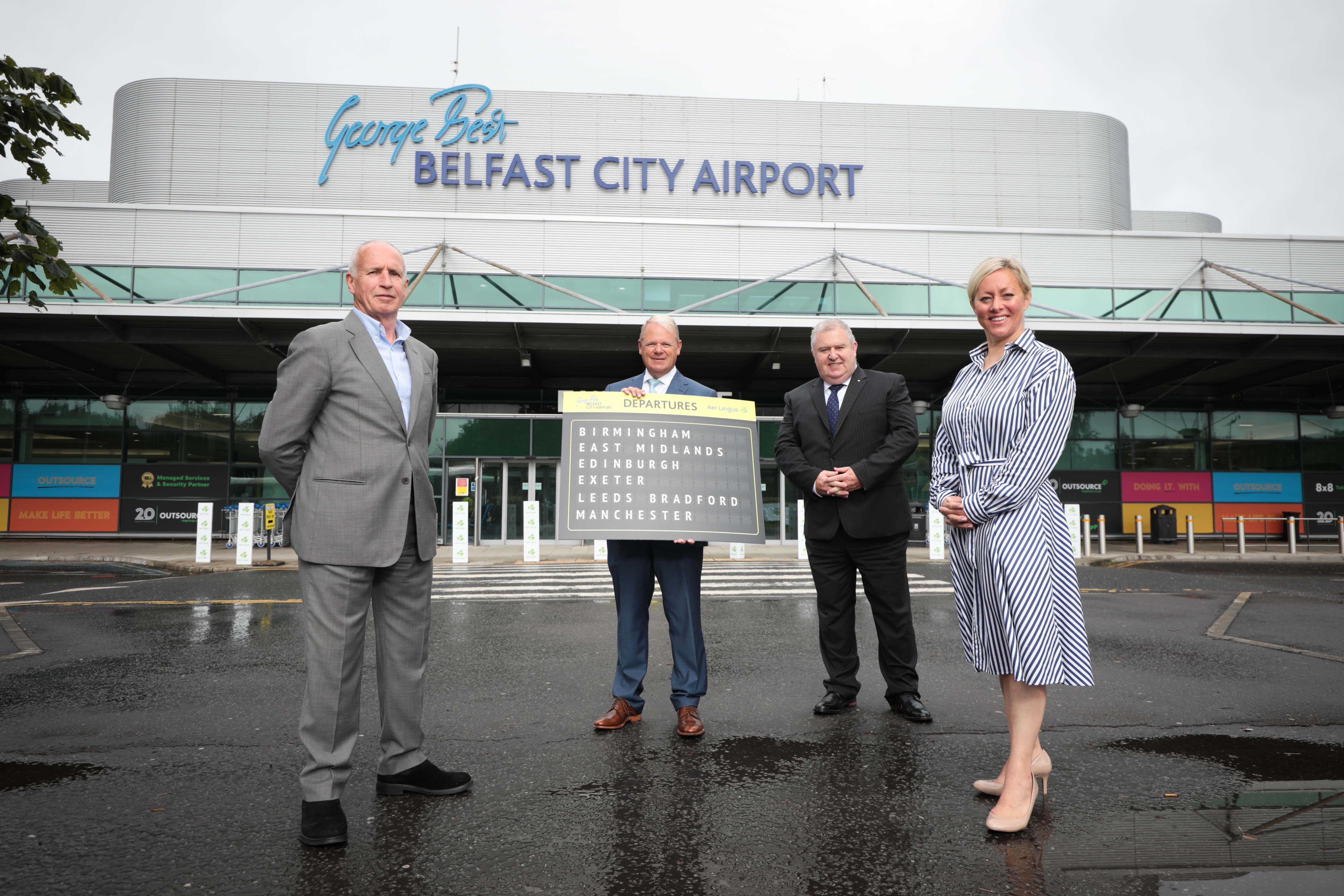