Ryanair could soon have 15 Gatwick-based aircraft according to the Route Development Director, Niall O’Connor. 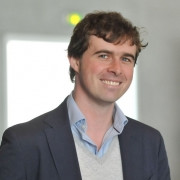 He was speaking at a webinar last week hosted by anna.aero publisher James Pearson with sponsorship from Billund, Shannon and Teesside International airports, together with the British-Irish Expo.

Alongside discussing Ryanair’s potential in Scandinavia, Germany, France – and much more – one insight was Ryanair potentially basing 15+ aircraft at Gatwick.

“There’s lots of potential at Gatwick,” said O’Connor. “We could certainly grow there in terms of business at the base.”

"As ever, it will come down to competitive pricing and slot availability, as O’Connor confirmed.”

Wizz Air recently secured 196 Gatwick slots for this coming winter, good for around four based aircraft.  The carrier has not yet released any new route details from the airport.

Gatwick’s price regulation will be a big stumbling block.  However, a potential Ryanair base at Gatwick will be an exciting discussion for the airport’s incoming CCO, Jonathan Pollard, who starts in September, previously holding a similar position at Luton.

Ryanair had almost 1.4m seats at Gatwick last year across routes from Alicante, Cork, Dublin and Shannon.  Gatwick represented just 5% of Ryanair’s London seats last year, down from a high of 11% in 2011.